Free delivery on all orders over 50€. Delivery in 5-7 business days.

There are days when your face needs a drink – and a hug.

Our award-winning Face Cream is a light gel-cream that gives sensitive and problem skin both. Plant-based glycerin and sodium pca quench thirsty skin and colloidal oatmeal prevents water loss and soothes upset complexions, while canola, oat and poppy seed oils nourish for skin that feels hydrated and soft, without greasiness.

The Face Cream is light enough for oilier skins and easy to boost when using on drier skins: simply add a few drops of our Face Oil for more care.

Formulated for sensitive & problem skin. No added fragrance. Vegan & natural ingredients. Developed in our own Helsinki lab & made in Finland.

This product is included in these bundles

Solvent. Water. The main vehicle for our Face Cream.

Emollient and skin conditioning. Sustainably produced, deodorized and purified Swedish canola oil (from rapeseed oil) softens and protects the skin. Canola oil is commonly used in cosmetics and is well-tolerated, skin wise. It is slightly higher in oleic acid (at around 60%), with linoleic and alpha-linolenic acids at a total of just over 30%, making it a good all-around oil for most, and especially for drier and eczema prone skins.

Emulsifying. An emulsifier, put simply, enables the mixing of water and oil into an emulsion. This one is gentle on the skin and skin barrier, as it is of the non-ionic variety. It is derived from RSPO certified palm oil.

Skin conditioning. Oat kernel oil. This dark golden oil has a nearly 50/50 balance of oleic and linoleic acids. From a skincare point of view, it's an excellent skin softener and has some calming properties too. We source our oat oil from Fazer, a Finnish family-owned, 126-year-old food and food service company, who produce their oil in Finland, using Finnish oats. The Finnish-ness matters because a) the soil in Finland produces outstanding quality oats and b) it is quite rare for an oil producer to have a 100% local supply chain. Markku, who is head of R&D at the oat mill in Lahtis, tells us he has personally eaten all oat products that Fazer makes – including the oil.

Humectant and skin protecting. Technically a sugar alcohol, glycerin is one of the oldest, most common and most versatile humectants used in cosmetics. It moisturises and protects the skin, accelerates skin barrier recovery and has antimicrobial properties, among other things. For our Cream we use vegetable, rapeseed-derived glycerin.

Emollient. Poppy seed oil. A sustainably sourced virgin oil containing sterols and Vitamin E, and with a high linoleic acid content. It is a 100% UK product, fully traceable and with a sustainable supply chain: the oil is a pharmaceutical byproduct. Our chemist Jaana has actually met the guy living next to the field of poppies from which the oil is harvested by a 5th generation family farm. Poppy seed oil has excellent skin barrier recovery properties, and is especially suitable for sensitive skin. The oil is obtained by lightly pressing the seeds of the White Poppy.

Skin protecting. Colloidal oatmeal. The whole oat grain, including the bran layer, is milled and sieved. This results in a light cream coloured, fine powder. The bran layer of the oat contains a high proportion of natural actives, including oat beta-glucan, avenanthramides, oil and protein, all of which are beneficial for cosmetic use on the skin. A 'colloid' or colloidal suspension is defined as a substance with dispersed insoluble particles suspended throughout. Colloidal oatmeal soothes and relieves redness, itching and minor skin irritations caused by eczema or skin rashes and is monographed by the FDA as a skin protectant. It reduces TEWL (transepidermal waterloss) and effectively forms physical barrier on the skin surface. The oatmeal we use is made from Finnish oats.

Preservative. Sodium dehydroacetate is the sodium salt of dehydroacetic acid. It is chemically synthesized through a multi-step reaction, starting with acetylene. Although it is not plant derived, it is approved by natural certification institutes such as COSMOS and the Soil Association, thanks to its mildness on the skin and body as well as the absence of any alternative registered (approved) natural preservatives under the EU’s cosmetic regulation. Together with sodium levulinate and boosted by antioxidants honokiol and magnolol it makes up the preservative system for our Cream.

Humectant and skin conditioning. Sodium PCA is a widely used humectant in skincare. Chemically speaking an amino acid derivative, it is the sodium salt of pyroglutamic acid, which in turn is naturally present in human skin, and a part of the so-called NMF (natural moisturizing factor) of the skin. It has excellent moisture-binding capacity. The one we use made by the cyclization of beetroot derived L-glutamic acid. The sodium hydroxide used in the process is synthetic.

Thickening, gel forming and emulsion stabilising. A natural and commonly used mainly thickener and gelling agent in cosmetics, xanthan gum is a polysaccharide produced through Bacterial fermentation of pure culture Xanthomonas Campestris with protein and carbohydrate sources, in this case from soy or corn. In our Cream, it is combined with sclerotium gum, lecithin, pullulan and silica to lend that lovely gel meets cream feel.

Thickening, skin conditioning and emulsion stabilising. A natural and commonly used thickener in cosmetics, sclerotium gum too is a polysaccharide produced from sugars through fermentation. This one gets its name from the Sclerotium rolfsii bacteria species. In our Cream, it is combined with xanthan gum, lecithin, pullulan and silica to lend that lovely gel meets cream feel. Origin: glucose syrup from wheat/corn.

Skin conditioning, emollient and emulsifying. Lecitihin is a widely used natural emulsifier in skincare – by now you are probably sick of hearing that an emulsifier’s purpose in skincare is to enable the mixing of water and oil into an emulsion, but we’re just going to go ahead and write it again anyway. Bonus: Lecitihin leaves a lovely light powdery feel to skin when used in e.g. creams. This one is soy-derived.

Film forming. A natural and commonly used filmformer in cosmetics, pullulan is our Cream’s third polysaccharide, and produced by fermenting corn, potato and tapioca starch syrup with the yeast Aureobasidium Pullulans. In the Cream, it is combined with xanthan gum, sclerotium gum, lecithin and silica to lend that lovely gel meets cream feel.

Skin conditioning and preservative. Sodium levulinate is the sodium salt of levulinic acid, which is an organic acid derived from in this case sugarcane. Together with sodium dehydroacetate and boosted by antioxidants honokiol and magnolol it forms our Cream’s preservative system.

Thickening. Silica is a mineral found abundantly in sandstone, clay, and granite, as well as in parts of plants and animals. It’s often used as an absorbent powder, i.e. a mattifying agent, in cosmetics. It is derived from sodium silicate which is acidified, then filtered, washed and dried. 10 ways to use our Face Cream

A
Amelia Polston
Excellent and great for sensitive skin

I have severe dyshidrosis on my hands and can only use certain creams including this one. I love the colloidal oatmeal and simple ingredients. My skin looks great and my hands are happy. My only complaint is it's a small tube and a bit pricey - only lasts me about a month so I'm looking for a more affordable replacement. 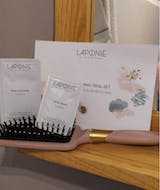 View all
We think you are in %location%. Update your location?